On the occasion to mark the 16 Days of Activism Against Gender Based Violence (GBV) Campaign, Sport In Action (SIA), would like to express its strong will in playing its part in the fight against all forms of violence.

It is unfortunate that cases of violence and Sexual Gender Based Violence (SGBV) have continued to rise at a time when Zambia and the rest of the world is battling with the COVID-19 pandemic.

Condemning acts of violence alone, is not enough but rather to act on this. Therefore, SIA in partnership with World Vision has continued to fight these injustices through implementing the Natwampane! Project which is targeting six districts in Northern Province, namely, Luwingu, Lupososhi, Nsama, Lunte, Mporokoso and Kaputa.

“Our hope is that through this particular project, we will influence the creation of a conducive environment where communities can come together and bring solutions on board which will create a better environment for the development of girls and women while encouraging boys, young boys and men to be supportive and treat females as their equal partners” said SIA Executive Director, Frankson Mushindu.

“We know that the statistics on SGBV are not pleasing and the more reason why with funding from the European Union, SIA is engaging boys and young men so that once their capacities are built, they will be able to act as change agents,” he added.

The 16 Days of Activism Against GBV is an annual campaign by the United Nations Women that puts the spotlight on the prevention and elimination of violence against women and girls around the world, and we are glad that as SIA, we have continued to use the power of sport and physical activity as a tool to reach out to various communities including the hard to reach rural Zambia.

“The power of sport has the ability to mobilise, unite and evoke a sense of happiness within a targeted community and we are hoping that this year’s theme of 16 days of activism against GBV – “Orange the World: Fund, Respond, Prevent, Collect!” will also add value to what the organisation has been doing,” emphasized, Mr. Mushindu.

Mr. Mushindu also revealed that through the Natwampane! project, the organisation was responding to the challenges that communities faced, thanks to a number of strategies that have been embraced.

They include the training of in-school teachers, community coaches and traditional and faith leaders who are mobilising and sensitising their communities on the consequences of Sexual Gender Based Violence.

SIA believes that these strategies are effective ways of making sure that the perpetrators of SGBV, especially the male folk are educated so as to change their mindset as they become champions of change and stamp out all forms of violence.

SIA is appealing to various stakeholders in the country to critically look at the root causes of SGBV and help to come up with effective interventions that tackle the vice from household to national levels.

“Unfortunately, there are very few programs targeting boys, young and older men on the dangers of SGBV. We are hoping that through this Natwampane partnership, we are going to inspire communities and create a critical mass to respond this call and together prevent violence as a society. Change begins with individuals, then at community level, then we shall be able to see the needed change as Zambia and become a great example to the rest of the world,” he concluded. 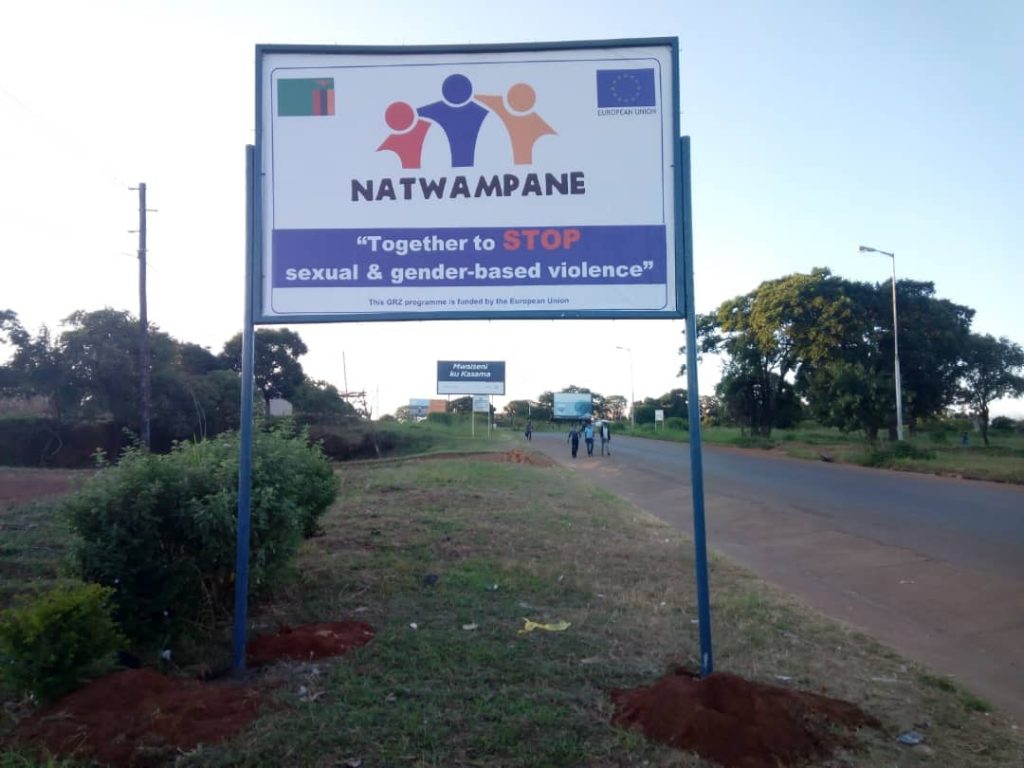 SIA has, in the recent few days, been conducting training for one of our very…

INTERNATIONAL DAY OF THE GIRL CHILD