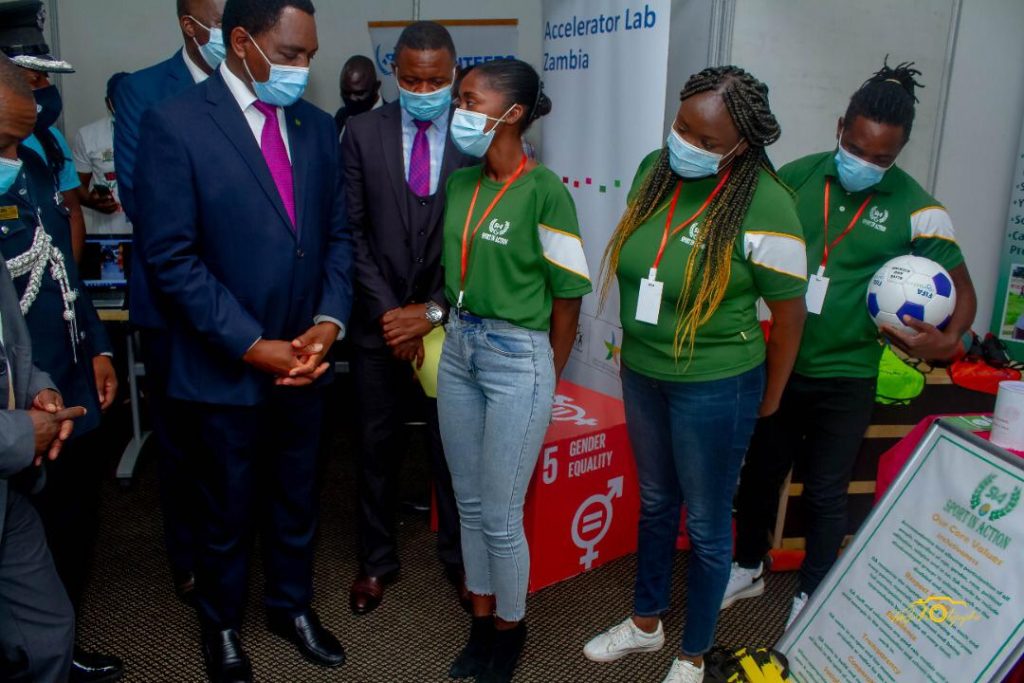 As a precursor to this year’s Youth Day celebration which fell on 12th March, the 2022 National Youth Indaba was held on 11th and 12th March at Mulungushi Conference Centre under the theme “enhancing youth participation at all levels of national development”.
The event was graced by Vice President WK Mutale Nalumango on the 10th and HIS Excellency President Hakainde Hichilema closed off the Zindaba on 11th March, 2022. 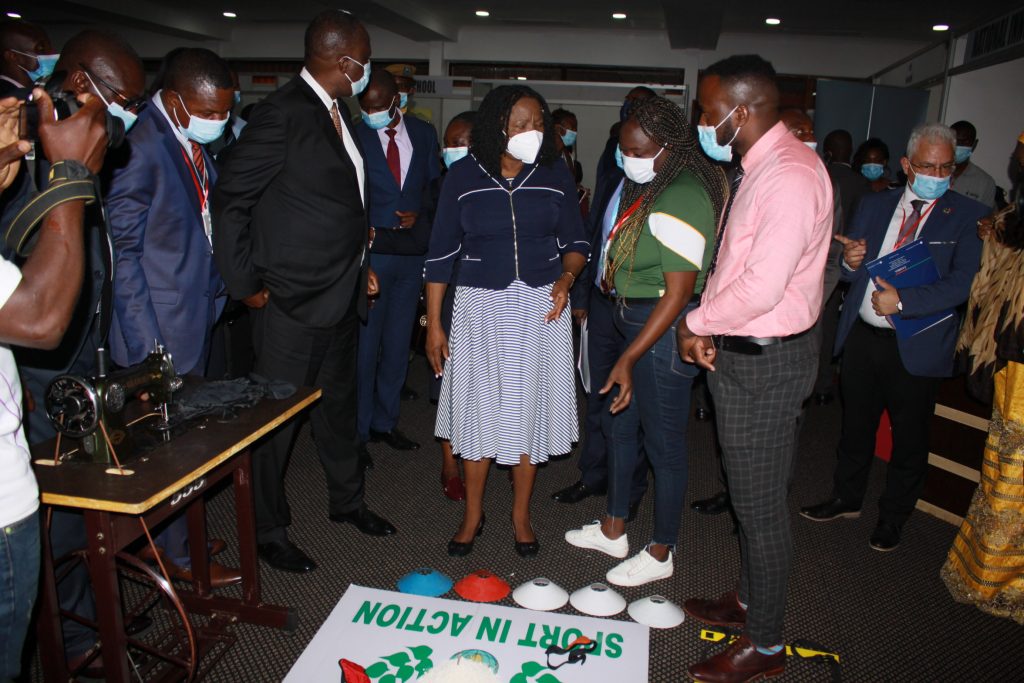 Sport In Action was among the organisations invited to exhibit the work being done to empower youths in Zambia.
As part of the exhibition, Sport In Action displayed a colourful stand which explained the organisation’s efforts to empower youths in various ways through the use of sports as a tool for bringing social change to address issues that affect them such as HIV/AIDS, Gender Based Violence, Teenage Pregnancies, Early Marriages etc, and also the entrepreneurship and education opportunities provided by Sport In Action and partners.
The Vice President and HIS Excellency President Hakainde Hichilema both commended the work being done by Sport In Action and encouraged for inclusion of government in Sport Development programs and other important projects SIA is working on to empower youths and the community at large. 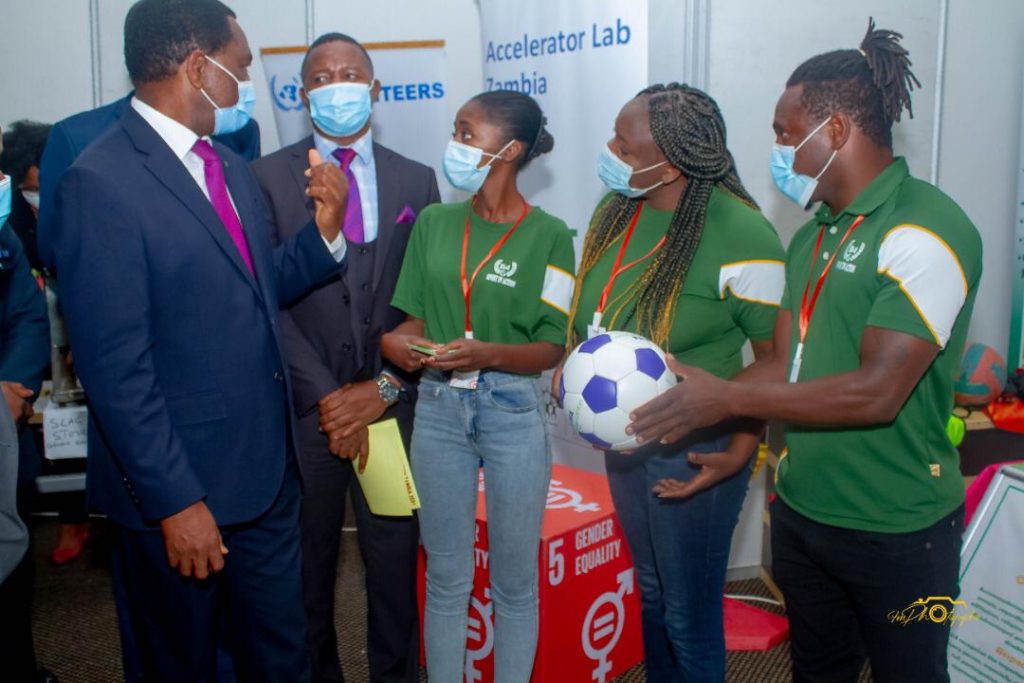 The objectives of this year’s National Youth Indaba were to improve awareness and knowledge among youths and youth leaders on key policy documents on youth matters as well as exploring the role of youths in the successful development of the 8th National Development Plan (8NDP), among other objectives.
Pictures of the Indaba. 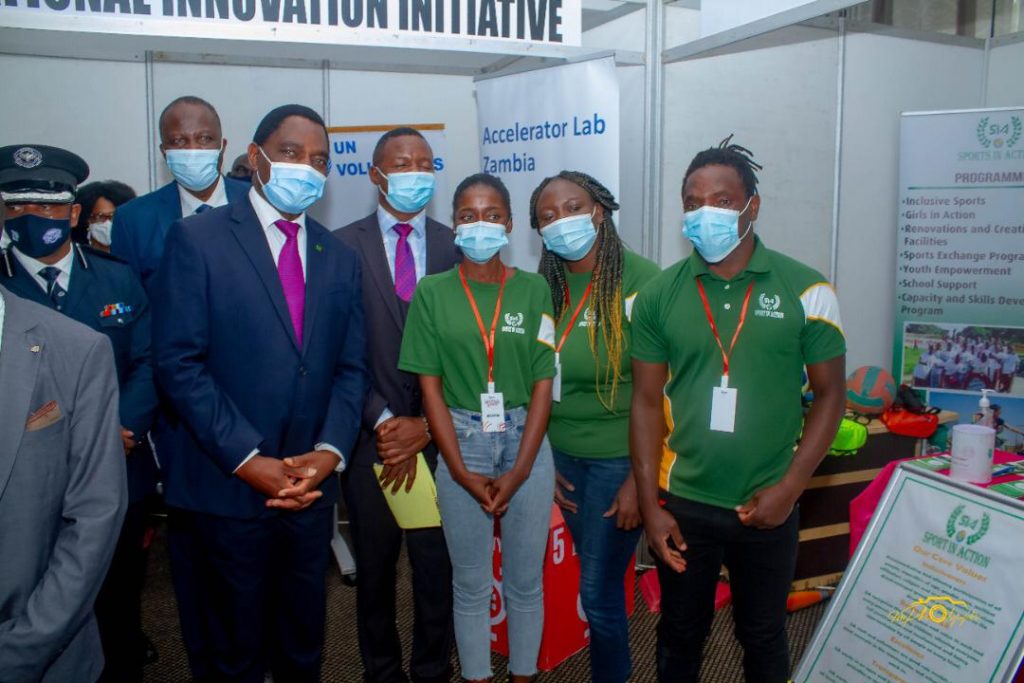 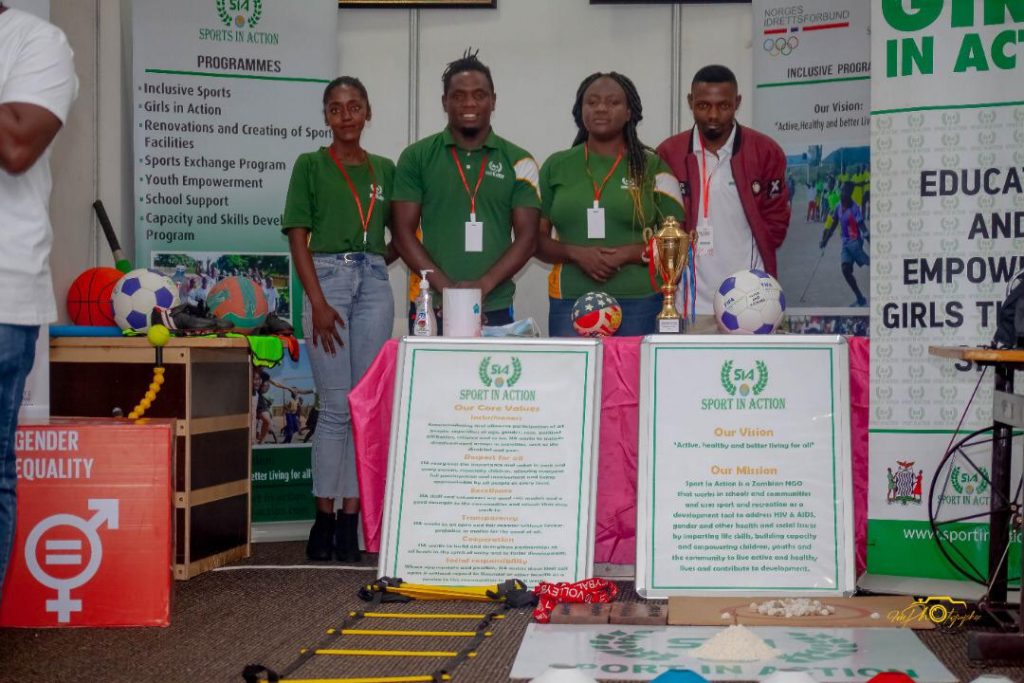 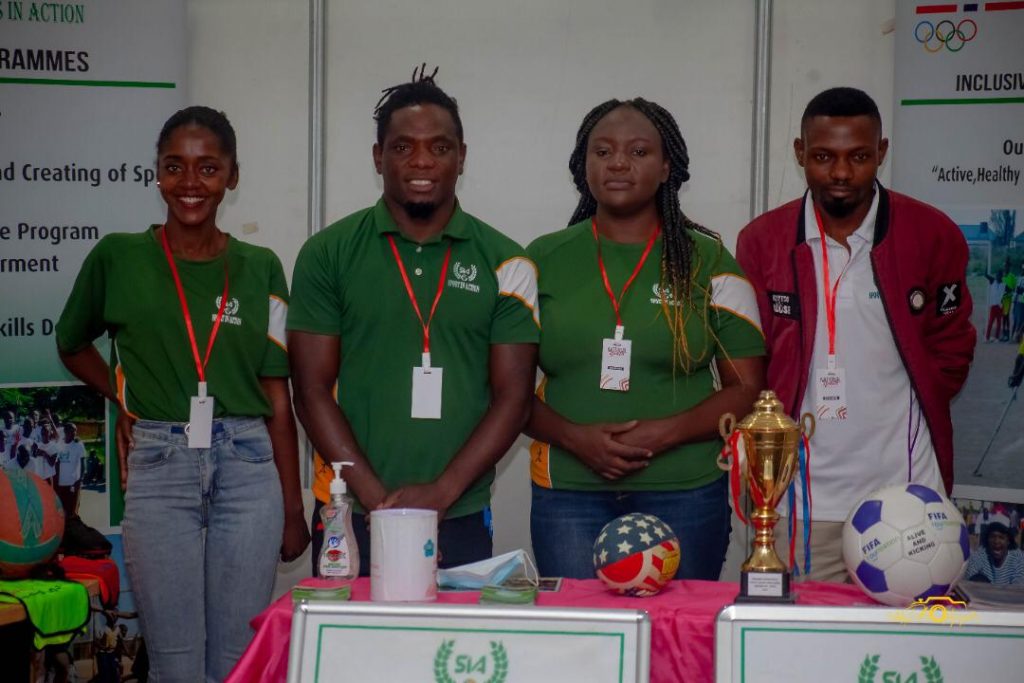 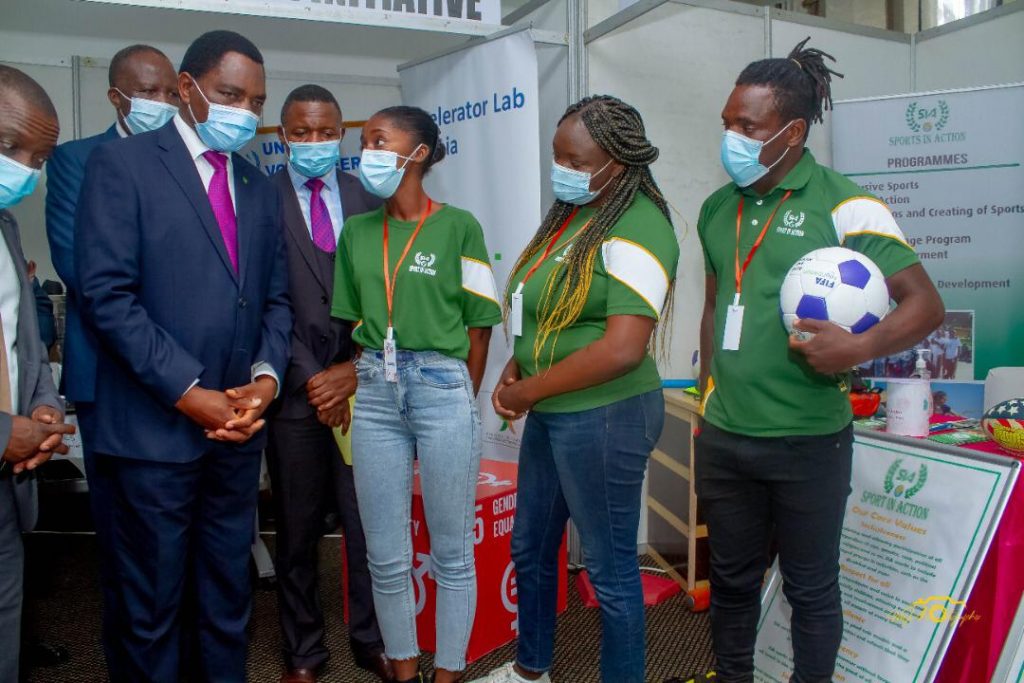 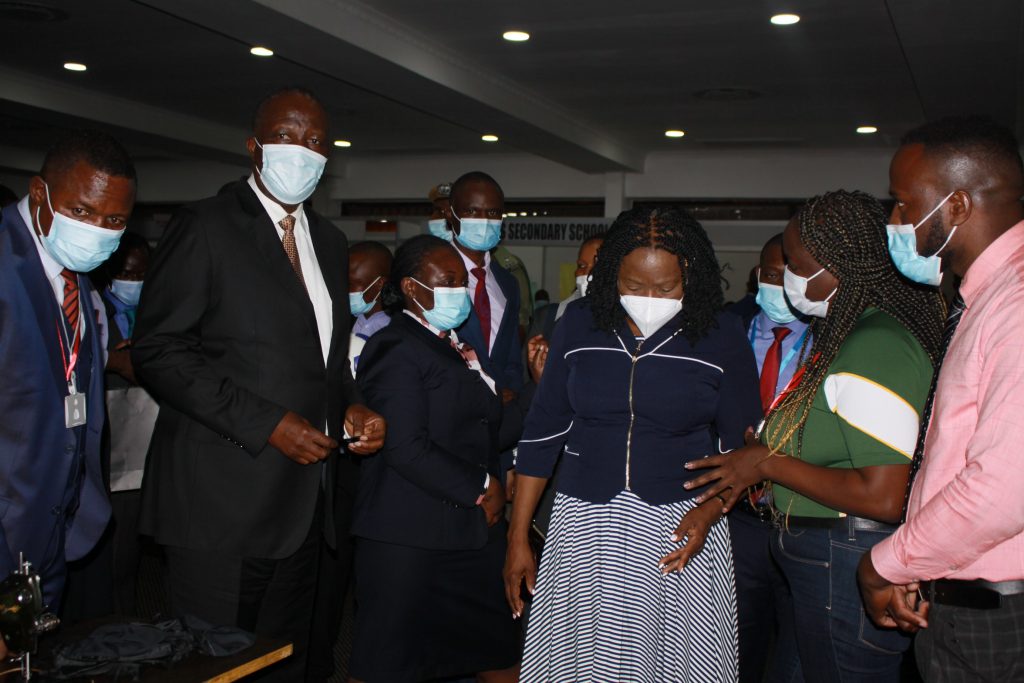 INTERNATIONAL DAY OF THE GIRL CHILD