Sport In Action (SIA) has handed over two refurbished volleyball courts to the school management at Munali Secondary School in Lusaka.

The organisation, which spent over to K100, 000 to renovate the sports infrastructure, also donated nets, balls, pumps and other sporting equipment which was received by school Head of Department for Expressive Arts, Wisha Hamuyamba.

SIA Executive Director Frankson Mushindu said after handing over the facility to Mr Hamuyamba that the organisation was committed to improve infrastructure in order to develop various sports disciplines in schools and communities.

Mr Mushindu said sports infrastructure development was one of the key thematic areas of complimenting government’s efforts and as of May 2020, the organisation had built and refurbished over 15 facilities across the country.

“We are happy that these two volleyball facilities which we have renovated will go a long way in creating a better environment for the boys and girls to play volleyball and also they can use the facility as a recreational place,” Mr Mushindu said.

“Munali High School for both boys and girls is surrounded by primary schools and we are hoping that this facility will also benefit the other children who attend those schools.”

“We also know that Munali is usually used as a centre for various sporting activities and that is the reason why Sport In Action together with members of the Nowergian Olympic Committee came up with this initiative to ensure that community and school structures are strengthened because that is the only way that sport in Zambia can thrive.”

And speaking after receiving the sports facility, Mr Hamuyamba hailed SIA for the gesture.

“On behalf of the school, we would like to say thank you to Sport In Action for working on the volleyball court which has been renovated to a very high standard,” Mr Hamuyamba said.

“We know that this facility is going to help a lot of children here at Munali and those surrounding the school and we are grateful for that. We can only ask that you continue with the goodwill because we know you have plans of renovating other facilities like the basketball court and the football ground and this is good for us because if we improve in sport, then we are going to have a very good citizenry.”

And one of players, 15 year old Moses Zulu said the facility will help in reducing injuries as compared to the gravel court which was not smooth and caused a lot of injuries. 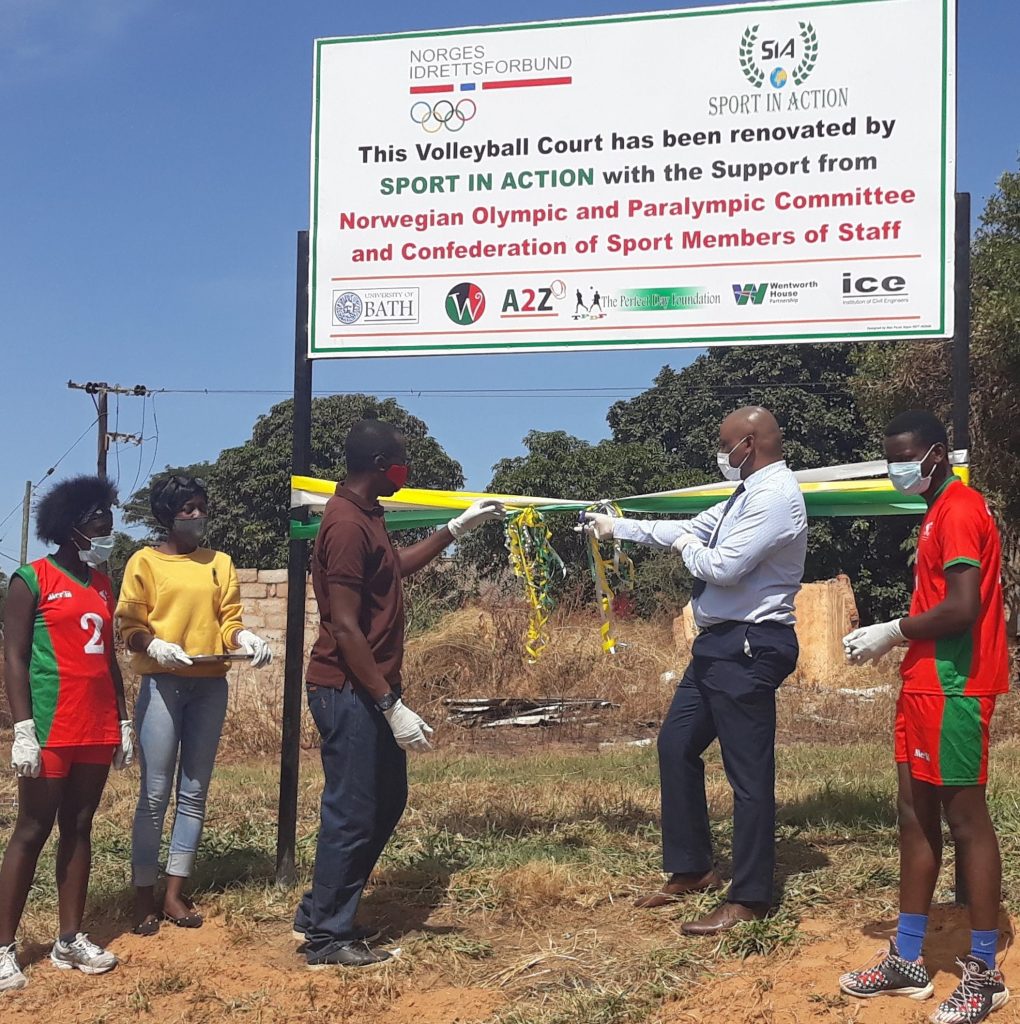 With Support from European Union through World Vision, Sport in Action is training sport teachers…

Featured in: Times of Zambia Newspaper Date: 24th August, 2021 Click below to view the…