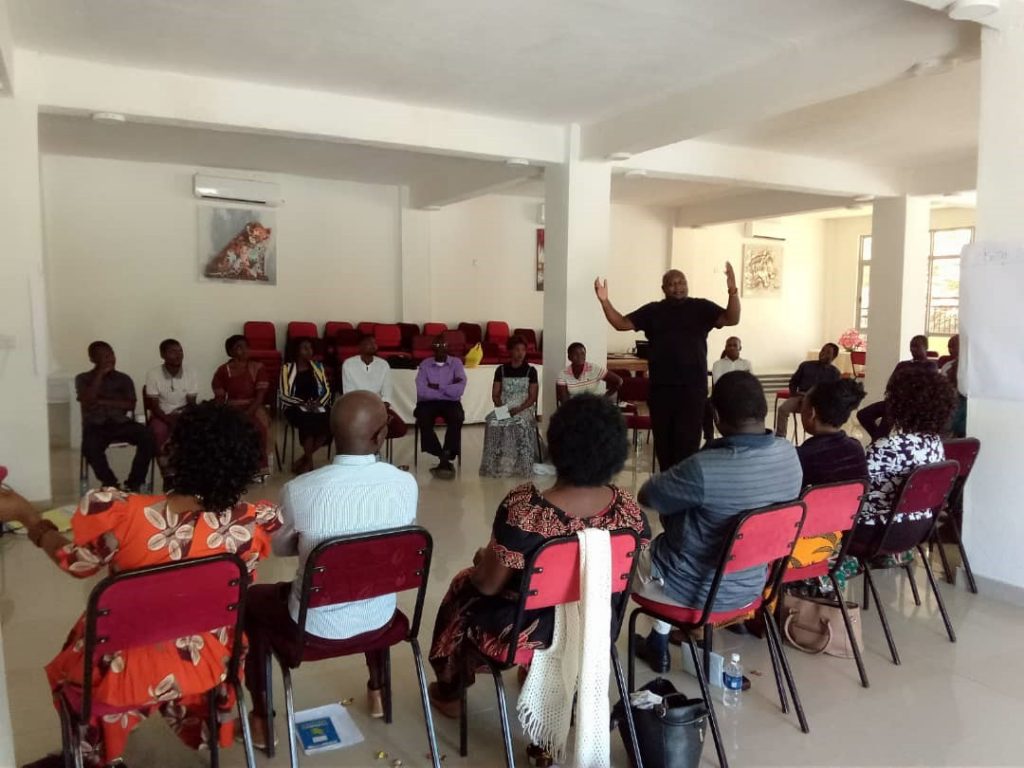 From 09th to 13th March, 2020, Sport In Action in Kafue district trained a total of 24 religious leaders in the SASA methodology under the USAID Faith Community Initiative whose main aim is contribution to reduction in new HIV infections through HIV prevention messaging and promotion of high impact services including access in religious communities.
SASA is a Swahili word meaning ‘now’. The synonym stands for S= START, A= AWARENESS, S = SUPPORT, A= ACTION. The SASA approach of influencing behavioral change concentrates on helping people identify the relationship between power and the ability to uphold dignity, justice and peace. The methodology places emphasis on power and its relations to address problems of SGBV, HIV, discrimination and other problems. It is expected that through the active involvement of religious leaders, the initiative will yield desired results in reducing new HIV infections as the country moves towards elimination of HIV/AIDS.

With Support from European Union through World Vision, Sport in Action is training sport teachers…